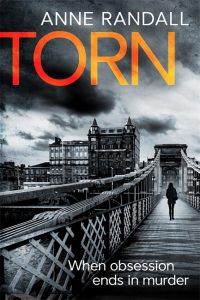 The third novel in the Wheeler and Ross series.

2004
The court case had been harrowing. The fifteen jurors sat in silence while the prosecution produced evidence of how a man with obsessive sado-masochistic fantasies had turned into a killer. Fourteen of the jurors were repulsed. One man was secretly enthralled. A new world of possibility had opened up for him.

2014
When an actress is found dead, the ligature marks suggest that she had been involved in extreme sex games. When DIs Wheeler and Ross begin to investigate her death, they uncover not only an industry with varying degrees of regulation but also a sinister private club where some of Glasgow’s elite pay handsomely to indulge their darkest fantasies. Club security is run by Paul Furlan, ex-army veteran and a former adversary of Wheeler. As Wheeler and Ross uncover the secrets and lies surrounding the club, they realise that their investigation is being blocked not just by Furlan but by some of Glasgow’s most influential citizens.

Meanwhile Skye Cooper, Scotland’s latest indie-rock sensation is playing the final gig of his sell-out tour but his dreams of stardom are on a collision course with the obsession threatening to consume him . . .